The HK Long Course Age Group Swimming Championships, one of Hong Kong's three major championships, was held at the Kowloon Park Swimming Pool from November 3 - 5. As usual, Win Tin showed a strong performance with a total score of 526 for the men's team and 786 for the women's team. It swept across three groups including men's, women's and clubs to complete Grand Slam accomplishments. 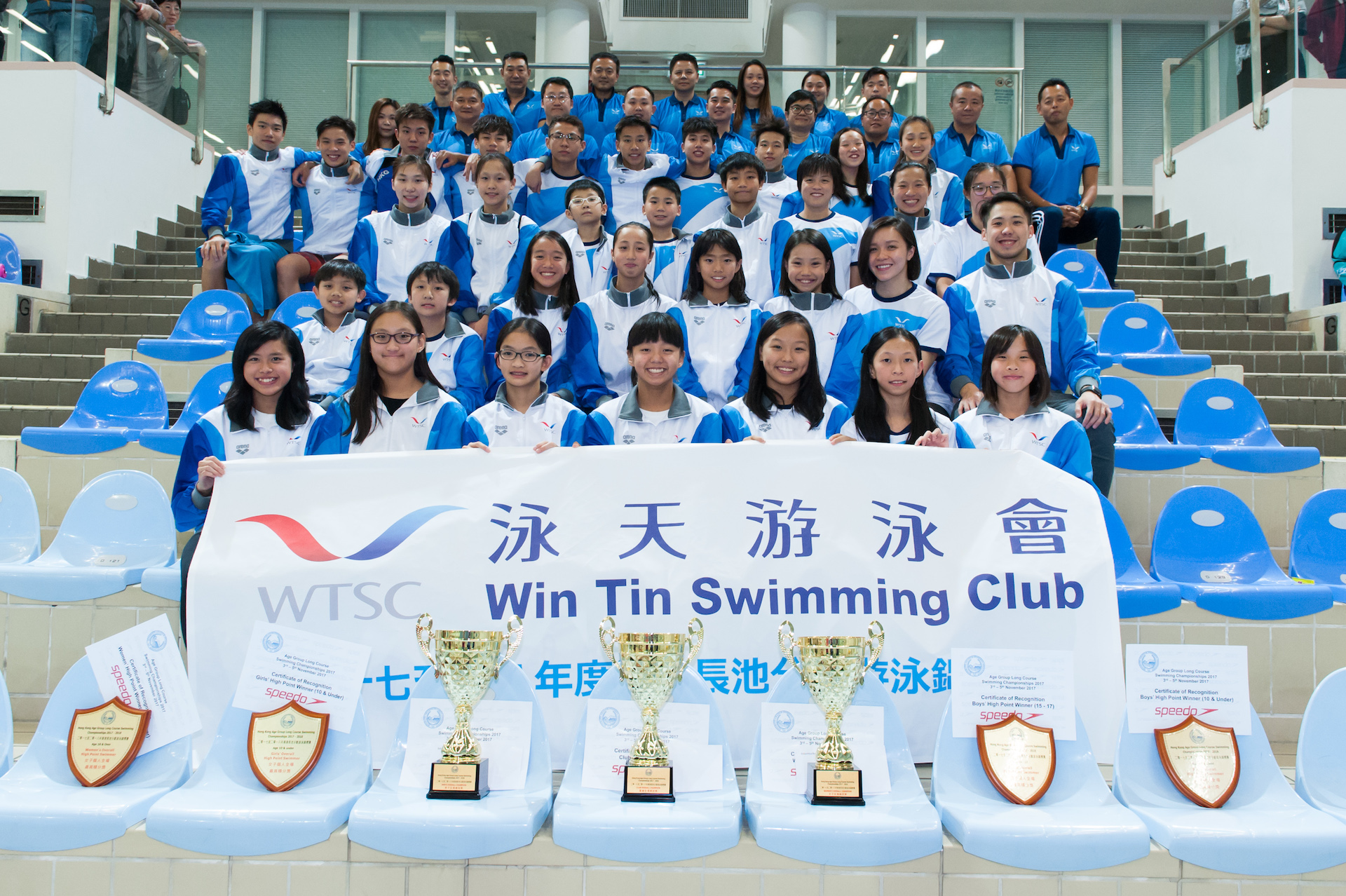 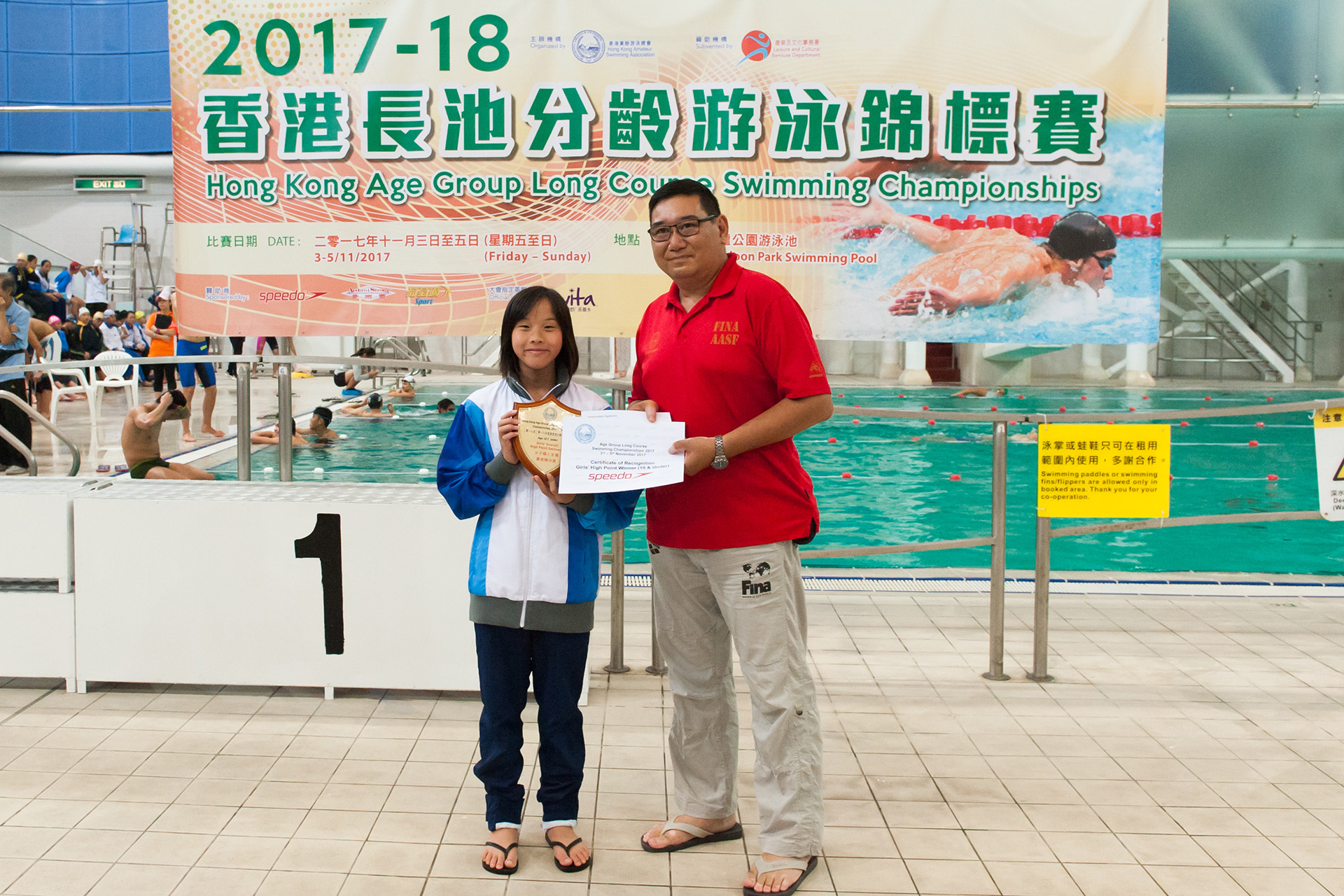 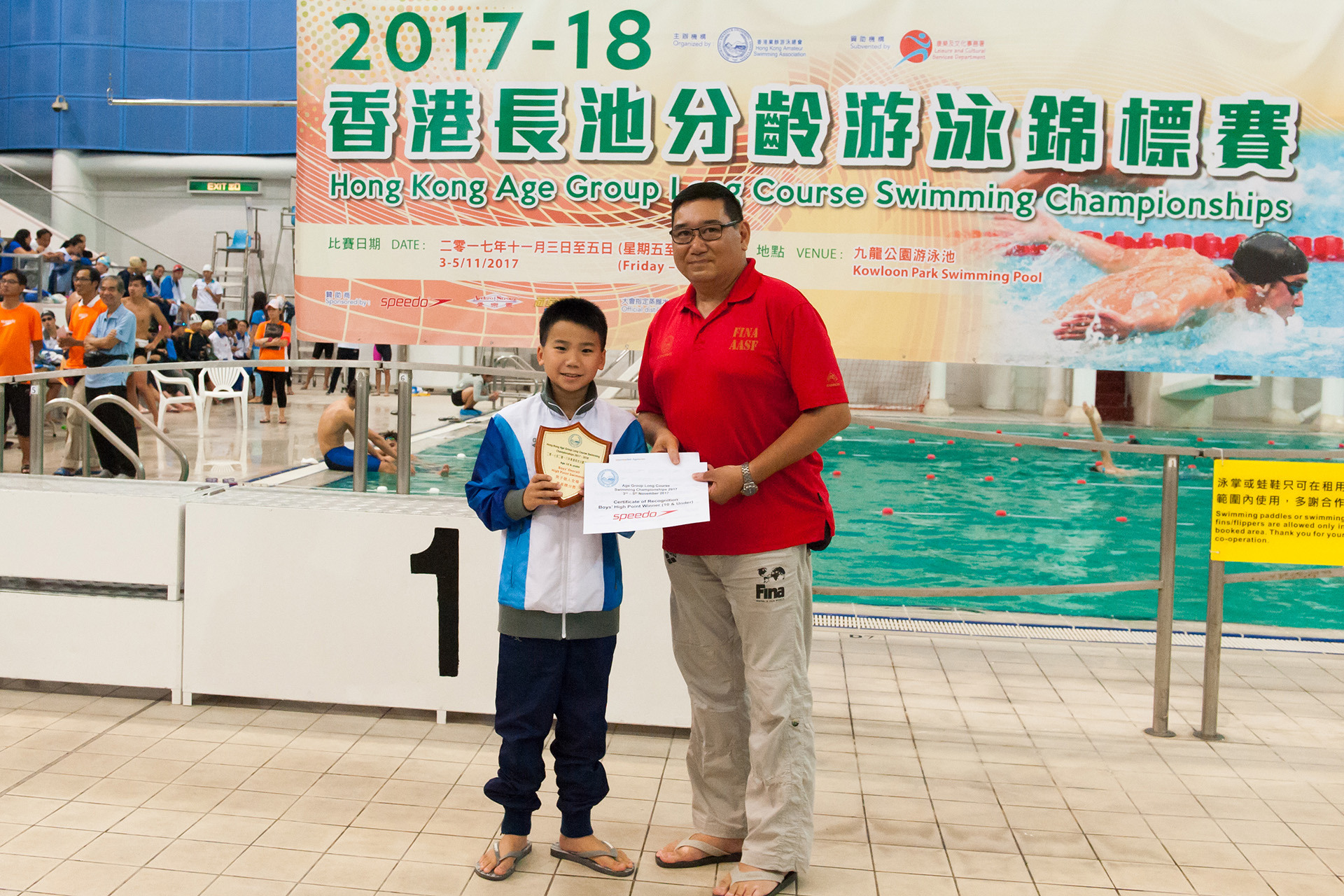 Above: Ruan Wan Hang won the age group 10 or below male's highest score award (Lai King Wo on behalf of Ruan to take the photo). 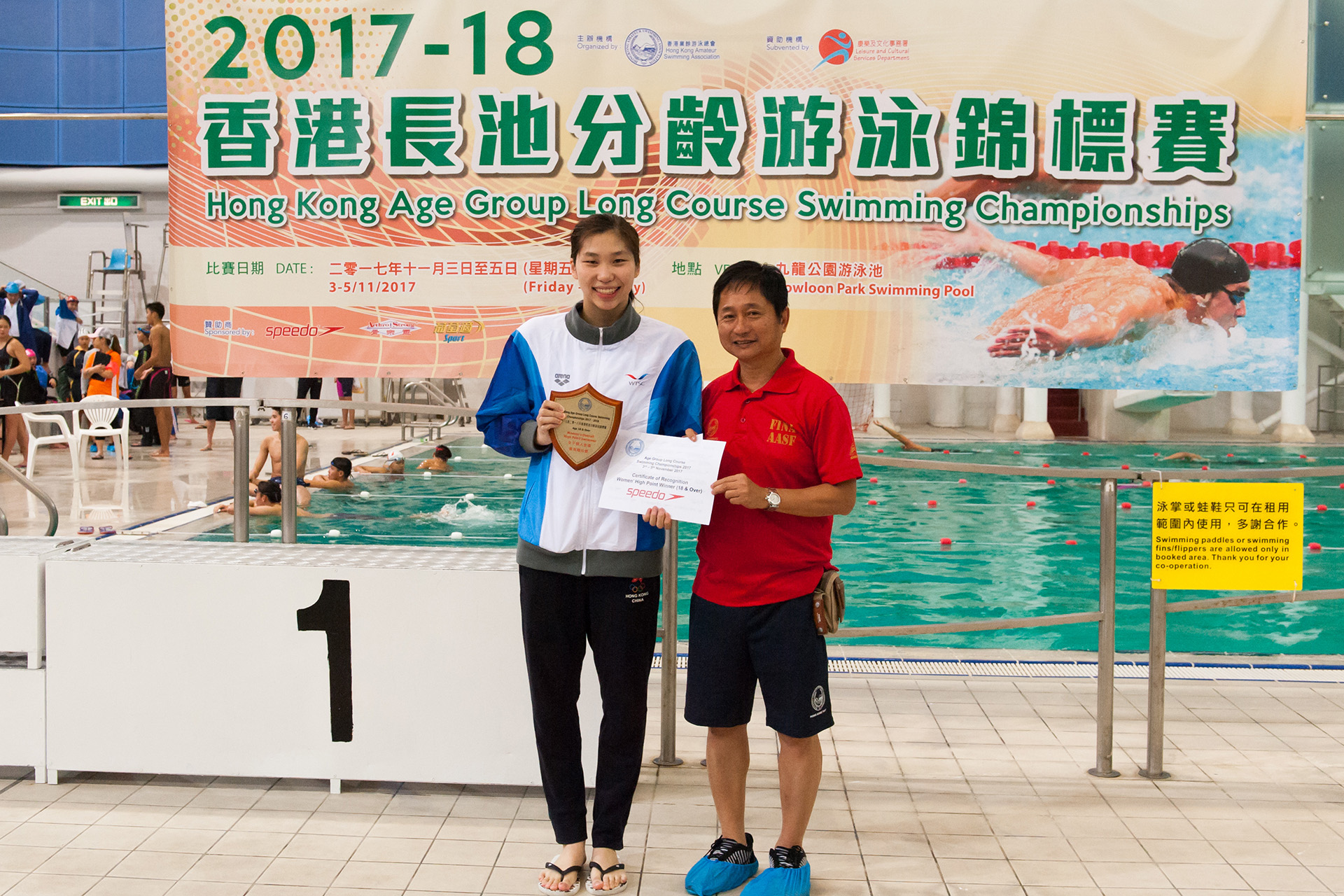 Above: Ip Rainbow won the age group 18 or above female's highest score award 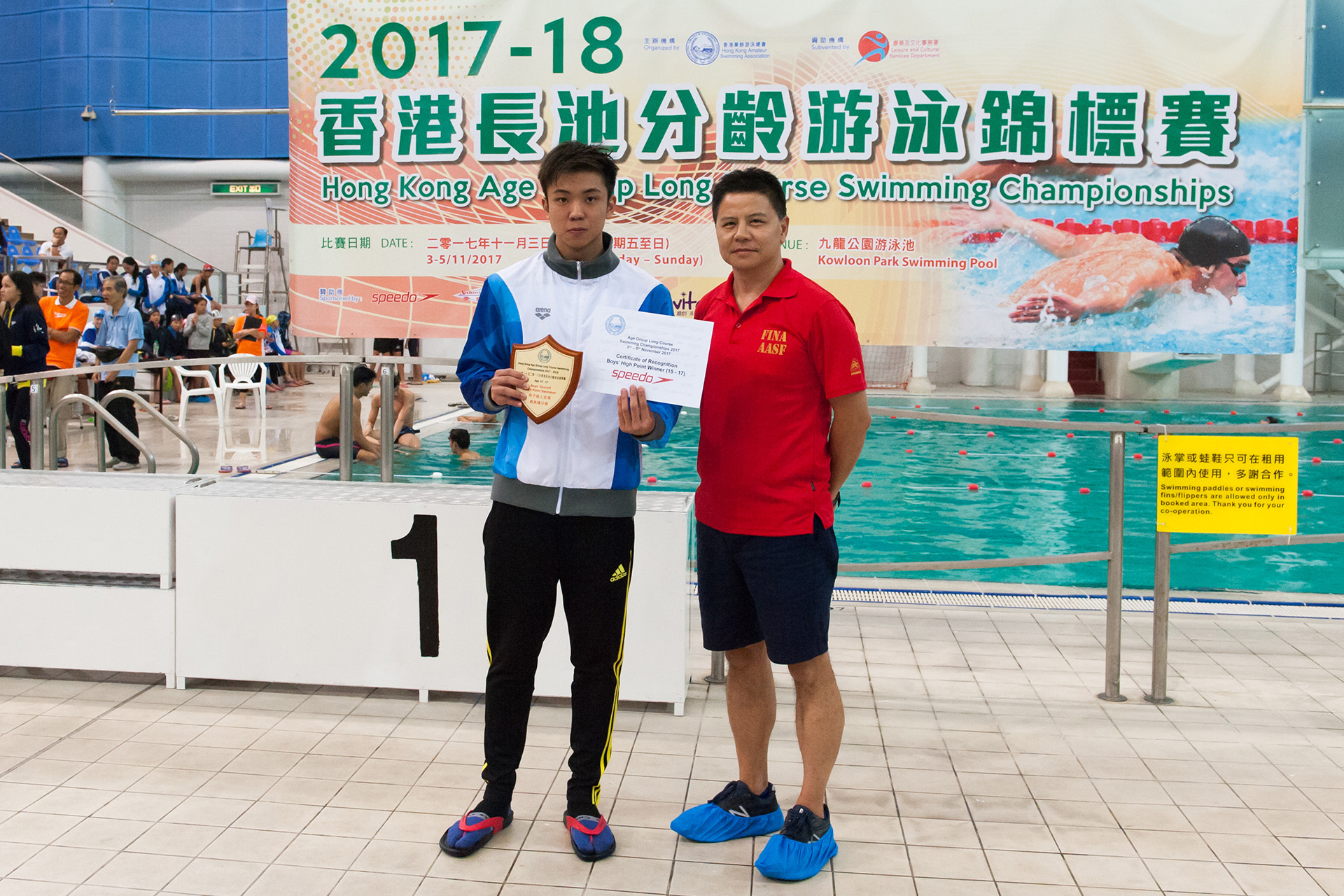 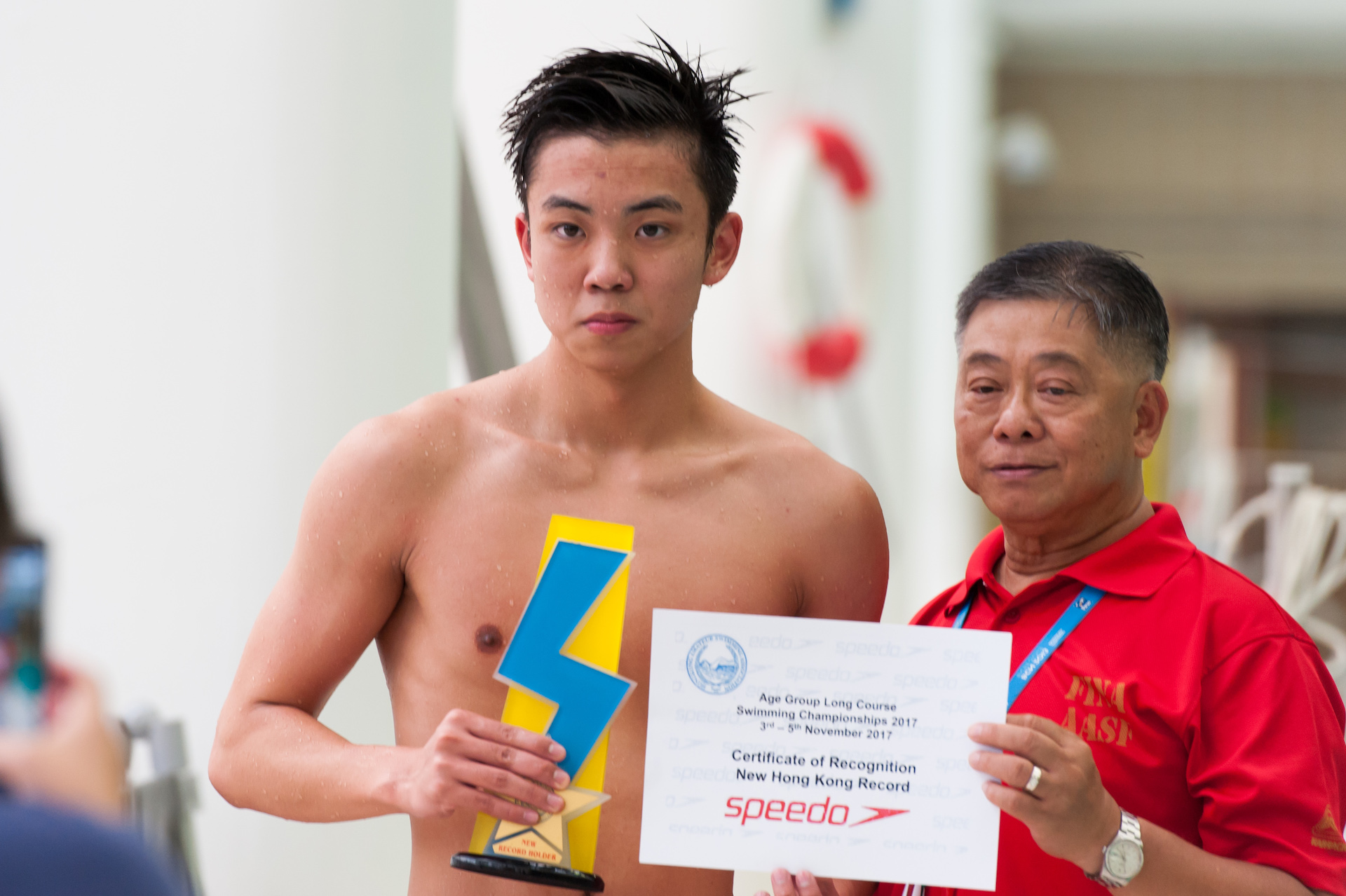 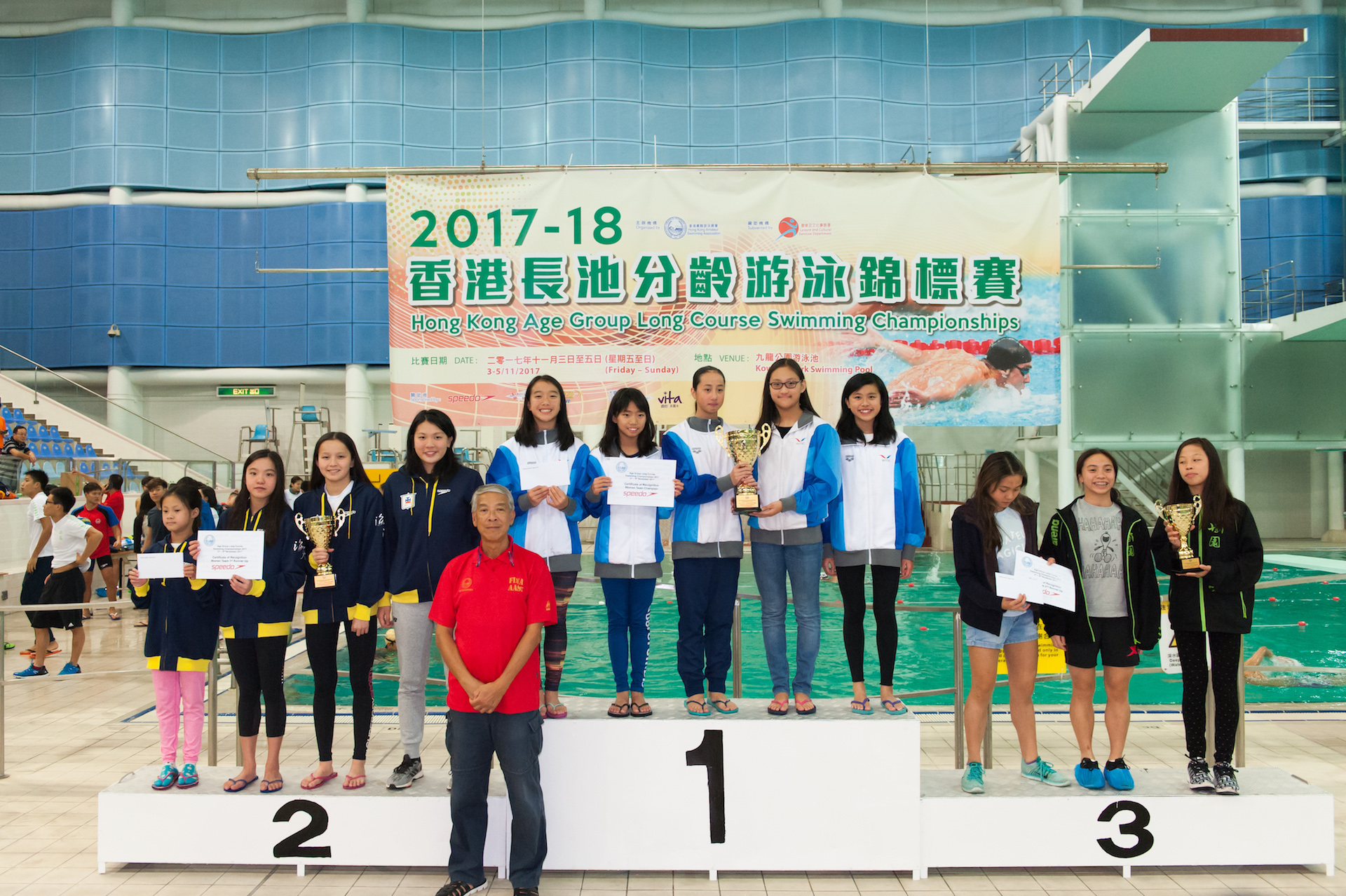 Above: Win Tin got 786 points and won the female's overall championship. 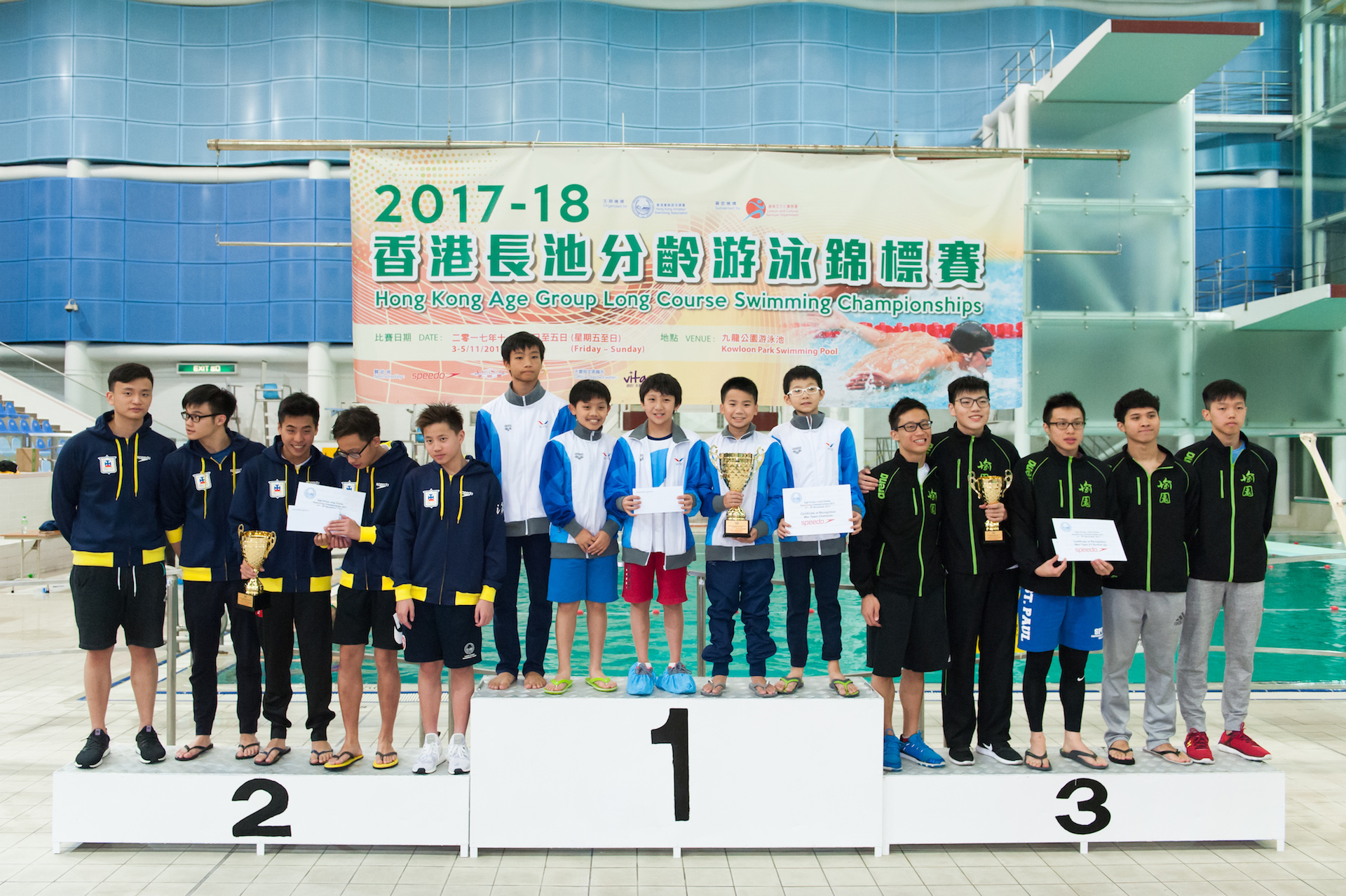 Above: Win Tin got 526 points and won the male's overall championship. 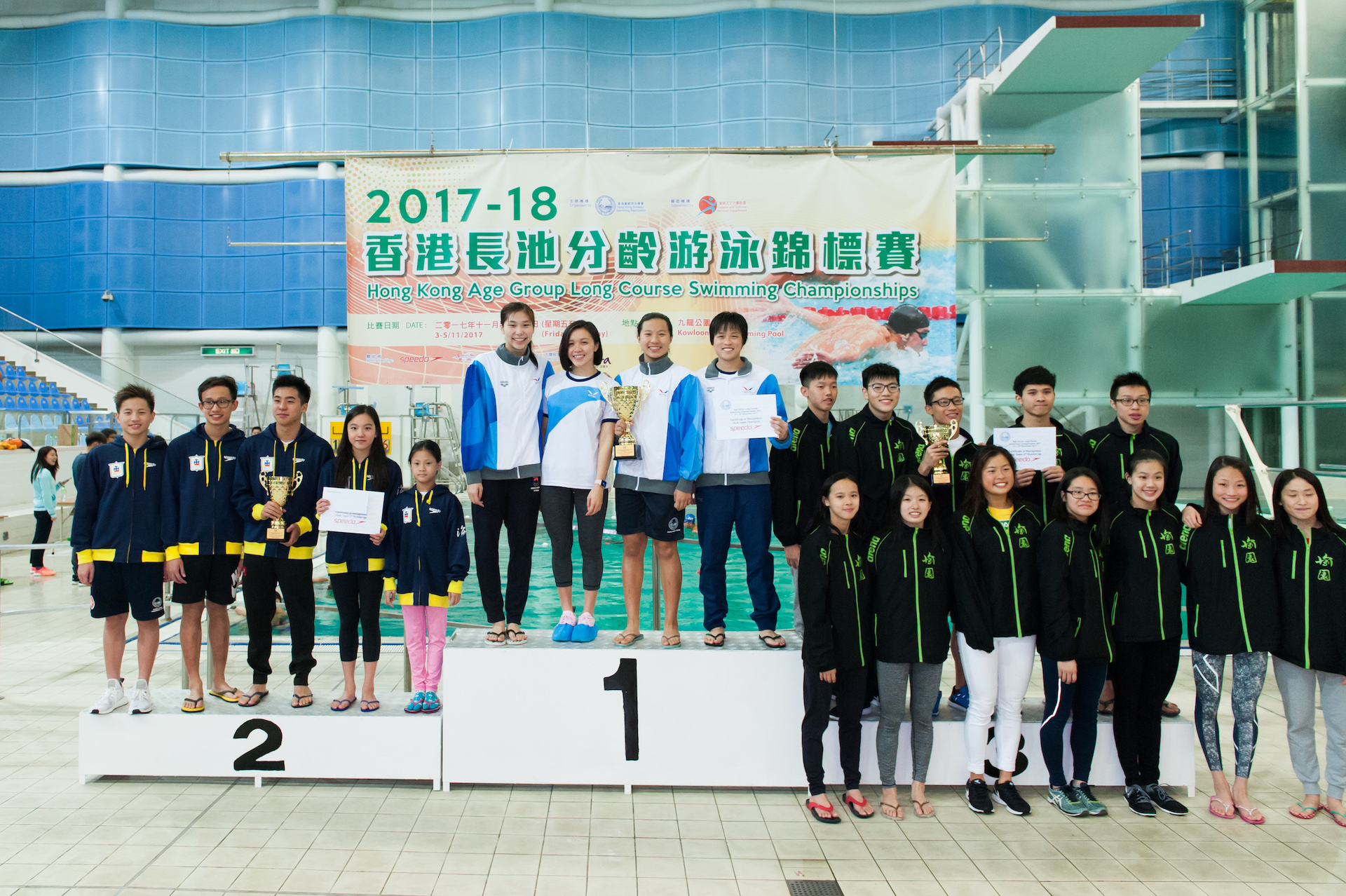