Win Tin won the applause in the HKSCA Award Ceremony

Every award they won shows all their contribution and proves their hard working in swimming sports. This is our great honour to have them in our club, we hope they can shine continuously in the next year, and win the awards again. 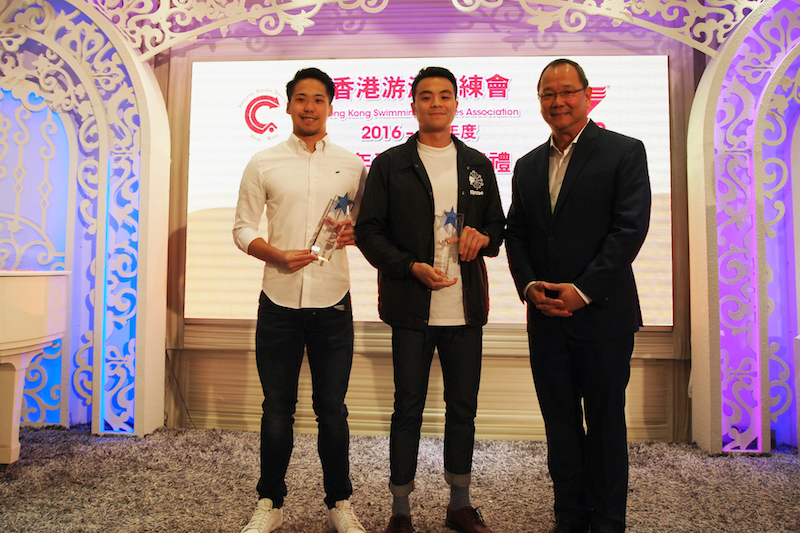 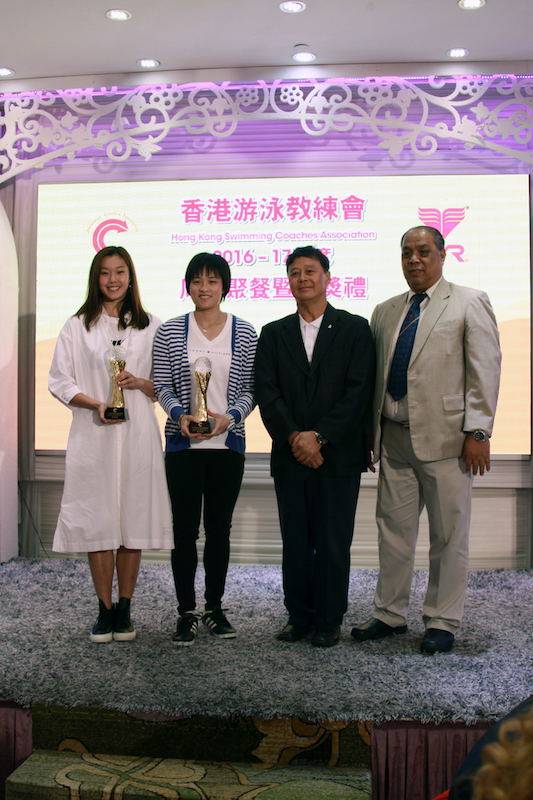 Above: Sze Hang Yu (Left two) won the "Rio de Janeiro Olympic Games Outstanding Contribution Award" for giving big thanks to her contribution in the Games.

Above: Chan Kin Lok won "The Most Improved Swimmer Award". 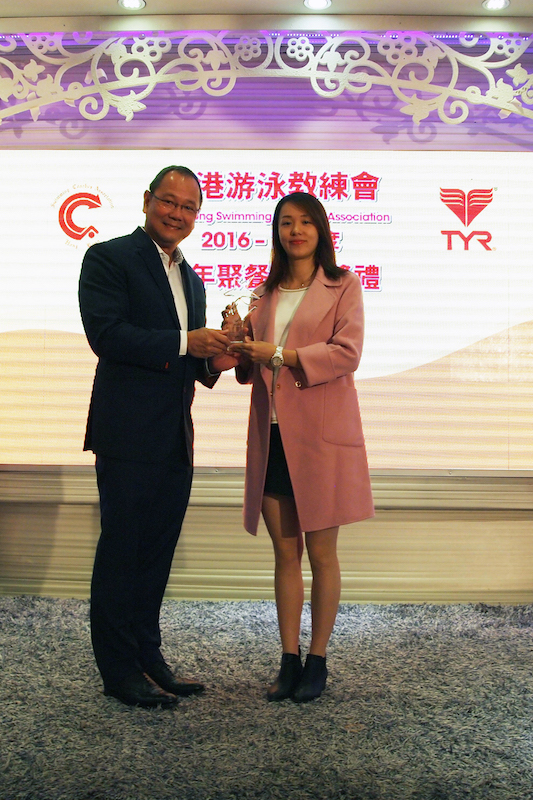